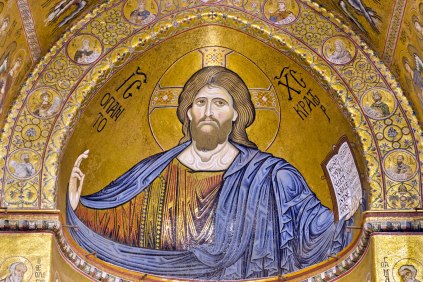 Kind readers have emailed me in defence of the Archbishop of Canterbury. The ‘gender’ of God in the Scriptures and in the tradition, they say, is focused on authority. God is called ‘King’ and ‘Lord’ only in order to express his power and sovereignty. But such language only holds in societies, like the Graeco-Roman world, which privilege men in this way. Times are changing; we know better now. This view, I am told, was recently voiced by the LGBT Church historian, Diarmaid MacCulloch, in the Daily Mail, of all places. It is hard to know precisely what is being said.

Such attempts to second guess the divine Wisdom can only seem comic.

At every point in such arguments we are made aware that it is foolish and dangerous to disturb the settled ecology of images which constitutes the core of the faith.  That is where angels fear to tread.