Though the New York Times sat on the story for something like seven years, and though other journalists claim to have heard unconfirmed reports from multiple sources, and though McCarrick’s nefarious activities were said to be common knowledge among seminarians and others*, Cardinal Kevin J. Farrell, head of the Vatican office for laity and family, said he was “shocked” when he heard allegations of years of sexual abuse and harassment by Cardinal Theodore E. McCarrick, the man who ordained him a bishop and whom he served as an auxiliary bishop for six years.

In an interview in his office in the Vatican Cardinal Farrell reiterated that in the six years he worked with Cardinal Theodore E. McCarrick, retired archbishop of Washington, he never heard allegations of sexual abuse or harassment.

If this is true – and many will beg to doubt it – it shows an appalling and culpable failure in pastoral discernment. If Cardinal Farrell is prevaricating it is clear that he is no longer suited to high office.

In either case – off with his hat! 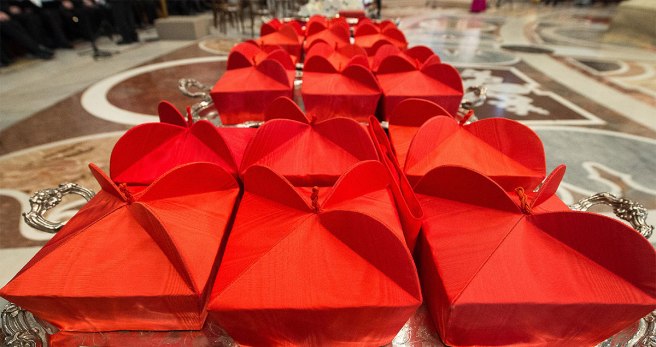 *Cardinal McCarrick’s alleged offences were said to have been an open secret among churchmen high and low: the diocese of Metuchen, New Jersey and the Archdiocese of Newark settled two complaints from adults a dozen years ago, while clerics and groups of lay people alike made repeated attempts to dissuade the Vatican from promoting McCarrick in the late ‘90s.