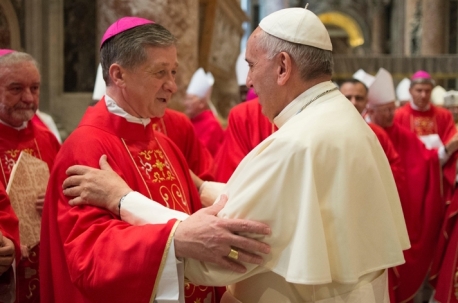 Contrary to recent assertions by Cardinal Cupich (in responses to questions following his recent address in Cambridge), a ‘paradigm shift’ (according to Thomas Kuhn, who is credited with coining the phrase) is not a minor change in continuity with the past, but ‘a fundamental change in the basic concepts and experimental practices of a scientific discipline.’

Nor does the notion, in this radical sense, gain any support from Blessed John Henry Newman, who is always careful to distinguish the operation of conscience from the exercise of private judgement, and development from simple mutation.