Two interesting recent developments in the use of language. 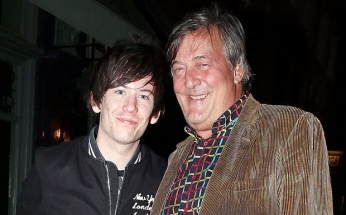 Tim Farron, the unprepossessing leader of the Liberal Democrats, was challenged recently as to whether he thought homosexuality was a sin. Farron, an evangelical Christian, failed to explain quickly or effectively enough the Catholic understanding that though homosexual inclinations are not necessarily sinful, homosexual genital acts always are.

But the incident is interesting not because of Farron’s naivete, but because of the identity of his persecutors. Neither Stephen Fry nor David Baddiel professes to believe in God. One is obliged, therefore, to ask what meaning the term ‘sin’ has for them.

Clearly they cannot suppose that any act will provoke Divine judgement or retribution – which to them would be absurd.  So their criticism must be based on the conviction that Mr Farron is no more than an unprincipled bigot. And ought to be treated accordingly.

This, we must suppose, is to be the contemporary fate of the religious tolerance for which our forebears struggled in ages past. The opinions of Messrs Fry and Baddiel, in challenging a serving political leader, are not very far from formally banning Catholics, Jews and Muslims from our legislature – which which was the case for most of our history.

Progress this most certainly is not.

Emmanuel Macron, the new President of the French Republic, has foolishly described Brexit as a ‘crime’

Whilst God is not necessarily involved in criminality, the electorate (as the fount of the rule of law) most definitely is. Lex populi, lex Dei. The same authority which made Macron the President of France decreed that the United Kingdom should leave the European Union. What sense does it make to describe as a ‘crime’ the free decision of a sovereign people to forego an arrangement into which it had itself freely entered?

Unless, of course, you suppose that sovereignty itself to be illegitimate.