That the recent misadventures of Philip North and Jeffrey John have exposed fault lines in contemporary Anglicanism few could doubt.

These events expose equivalent and opposite attitudes to the new doctrine of ‘radical inclusion’. But more than that they reveal the profound and fundamental erastianism of the institution. This, it should be noted, has nothing to do with establishment (the Church in Wales is disestablished); but everything to do with an in-built expectation that its primary role is to baptise the ambient culture. 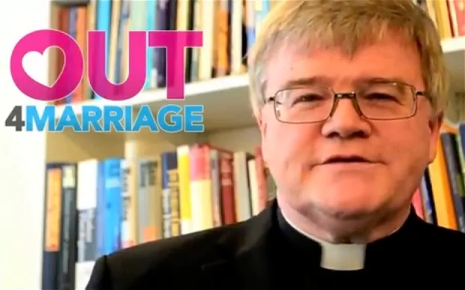 Dr John – whose recurrent episcopal vicissitudes (Southwark, Reading, LLandaff) would be comic if they were less significant – is a case in point. Without considering for a moment that there might be reasons other than his sexuality for his rejection for so many bishoprics, he has weighed in (not for the first time) with accusations of ‘homophobia’. A slew of Welsh MPs has written in his defence. Why? Because, unlike Muslims and Roman Catholics, Welsh Anglicans are expected to come up to the standards of modern secular society.

Philip North has twice been intimidated from office by bigots for whom catholic orthodoxy is an affront and an offence. For them, like the protesting MPs, the Equality Act 2010 trumps the consistent witness of the Christian centuries.

Since the Ecclesiastical Titles Bill of 1851 (Lord John Russell’s ill-fated response to Wiseman’s sally ‘From out the Flaminian Gate’) Parliament has avoided legislating against religious sentiment. But it seems that, in the name of ‘British values’, others are prepared to take up the cudgels.

The Catholic Church, which has always been a preferred object of mob violence in the United Kingdom, needs to take note.