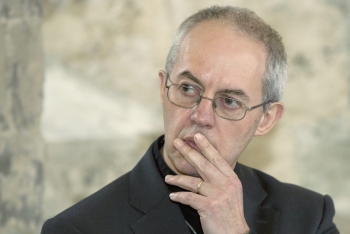 Justin Welby, whose comments are seldom as inane as he makes them sound, has apparently told a posse of Church School head teachers in the diocese of Bath and Wells that many government officials haven’t a clue about religion. They can’t, according to Welby, make the distinction between a conservative Evangelical and a Muslim terrorist.

He is probably right. Religion as the primary seat of loyalty is almost incomprehensible to a whole generation who have grown up in a society which has ratified and normalised the counterculture of the 1960s.   The sexual revolution has undermined the sanctity of human life and the givenness of human sexuality – to the extent that the achievements of that social revolution have come to seem to many the essential elements in what is loosely called ‘the British Way of Life’.

The depth and extent of this change is demonstrated when the judiciary routinely imposes aspects of the secular liberal agenda as ‘rights’.

Despite its bishops in the House of Lords and its anachronistic ‘establishment’, it is good to know that the Church of England is belatedly waking up to the fact that it is being firmly and irrevocably pressured out of the public square.