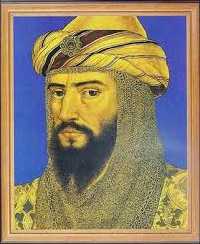 ‘We must not be afraid to say the truth, the world is at war because it has lost peace,’ the pontiff told journalists aboard a flight from Rome to Krakow. [Speaking of the martyrdom of Fr Jacques Hamel.] ‘When I speak of war I speak of wars over interests, money, resources, not religion. All religions want peace, it’s the others who want war.’

The salient feature of this pontificate is its vulgarity. I use the word in its technical sense of ‘populist’, ‘of the people’. The salient dicta of this Pope are those of the vulgar consensus.

‘Who am I to judge?’ he asks, assuming the mantle of popular relativism: all opinions are of equivalent value. The underlying rationale of his Jubilee of Mercy takes up a similar popular sentiment: it is little more profound than Heinrich Heine’s deathbed quip ‘Gott wird mir verzeihen, das ist sein Beruf’.

But this latest airborne pronouncement is the most egregious. ‘All religions want peace, it’s the others who want war’. Like the populist ‘We all believe in the same God and we are all going to the same place’, it denies both the unique and particular claims of Christianity and the integrity and identity of other faiths and belief systems.

In the case of Islam it denies centuries of sanctified belligerence and of conversion by conquest.