From the Daily Telegraph

In a report titled ‘Clergy Robes and Mission Priorities’ a leading theologian (sic) has called on the Church of England to allow ministers and parishioners to decide what dress code was appropriate.

“The existing law, which makes robes obligatory for all, belongs to a bygone world. In the 21st century Anglican ministers must at last be given the freedom to decide their own clothing, in consultation with their congregations, based on their local setting,” said Mr Atherstone, a tutor at Wycliffe Hall, Oxford University (where else?). “Robes can be a form of power dressing – they can reinforce the divisions of a stratified society, where deference to rank and authority is key,” he said. 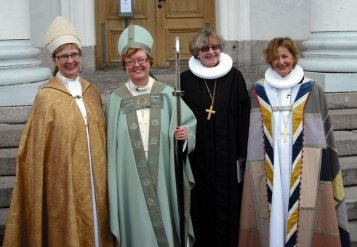