Support for the legalisation of paedophile relationships has reached Ignatius from an unexpected quarter. The General Synod of the Church of England, it appears, is to debate the issue at its September meeting. We can exclusively reveal the contents of the controversial document ‘The Sexual Equality of Minors: the Last Frontier?’(GS Misc 2971) which has been prepared as a briefing paper for the debate.

Though conventional Christian interpretations of scripture and the Christian past have usually assumed a marked antipathy to paedophile relationships, as the discussion document explains, there is another hidden history. Paedophilia, says the report, is ‘a reasoned development, consonant with scripture and upheld by the tradition‘. We summarise the findings of the report:

A reasoned development. We now know so much more about early years sexuality than was known in previous ages. Since the ground-breaking studies of Sigmund Freud, psychologists have come to see that infantile sexuality is a prime determinant of human personality. According to the latest research, early years sexual activity, far from being damaging or ‘traumatising’ as some have characterised it, is normal and healthy. 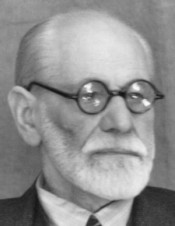 Indeed, it is repression of such urges by adult prurience which is the prime cause of problems in later life. In all this the Christian Church, with its negative attitude to sexuality in general, and its myth of childhood innocence in particular, has much to answer for.

Consonant with scripture. Whilst Jesus himself makes no specific reference to child-adult sexual relationships, what he does say has to be read in its wider cultural context. Marriage in Jesus’ own day routinely took place between mature adult males and girls well below the age of consent adopted more recently in Western societies. Jesus was brought up in a family where (as very ancient tradition maintains) Mary was much younger than her husband.  She may well have been around twelve, or younger, at the time of the Annunciation.

Though Mtt 18:6 has usually been interpreted as a prohibition of sexual relations with children, it is not obviously so, viewed in context. And Mk 10:14 might well be thought to mitigate any such interpretation. We must be careful not to impose what are essentially nineteenth century taboos on earlier societies and different cultures.

Upheld by the tradition. The study of Christian paedophilia effectively begins with the ground-breaking study of 1972 by Catholic writer Joan Wright. ‘Child Brides of the Merovingians’ detailed practices which were commonplace during the period and were only censured centuries later as a result of a campaign by Theodulph of Orleans. 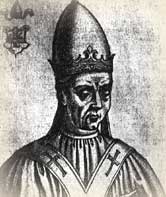 Wright also drew attention to a controversial fresco in the Catacomb of S.Callixtus in Rome which portrays an adult male leading a small child by the hand. Previously interpreted as a rare portrayal of St Joseph and the child Jesus, or of the baptism of Christ himself, Professor Baumsterck of the University of St Andrews, in his ‘Women of the New Testament ‘ (Continuum, 2001) has suggested that it represents Jesus with his child bride, Mary Magdalen.

Helena Podles, meanwhile, has analysed papyri related to Egyptian Gnostic sects of the second century. Ms Podles (‘the Nigella Lawson of Gnosticism’) presented a six-part television series on Channel 4 based on the book.

Professor Antonio di Bari later published his findings about the repeated episcopal prohibitions of child marriage in Apulia and Basilicata at the end of the third, beginning of the fourth centuries. As di Bari puts it: ‘You do not prohibit what is not perceived as a problem. We can confidently conclude that child brides were common among Christians of the region at the time.’

More recently Boswell and Johnson (‘The Marriage of Difference’, Ann Arbor, MI 1985) have published texts in Latin, Greek and Old Church Slavonic detailing child marriages in the Balkans in the eighth and ninth centuries. These include the now-famous: ‘Rite of Holy Matrimony with those too young to answer for themselves’

Members of the General Synod will want to weigh all this considerable body of evidence in the course of their deliberations.